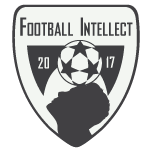 Author: Ruud Bijnen
“Clearly Ajax hardly created chances in this game. On the midfield the spaces were small and many duels were lost by the players of Ajax. The pace of the ball was too slow as well. MU was physically stronger and in most cases on the midfield also much taller. Maurino’s team played defensive (in a predictable way) with a 1-4-4-2 structure and zonal defence. Ajax played more offensive in a 1-4-3-3 system but far from good enough to create opportunities to score. In ball possession Ajax did not do very well. In figure 1 you see the positions of Ajax (in yellow triangles) had the ball at the right centre back. A few things should have been better to have a good chance in winning:     The distance between the defenders (when they had the ball) and the rest of the team was too big. It means that a pass from defence-line forward is relatively long on the way before it reaches a teammate. It makes passing more difficult and unattractive for the defenders. They will tend to walk forward with the ball instead of passing it. This slows down the game and the element of surprise is gone. The Ajax-midfield was almost constantly with their back to the goal of MU if the Ajax-defenders had the ball. If Ajax-players are not facing towards the goal of MU but the opposite way with a physical strong opponent in their back, they do not have many options if they receive the ball. What happens? Passing the ball back to the same guy or one who is at the same height on the pitch. Next to that: If you are with your back to the goal, you have no overview over the space where you want to go. To get that view it takes time to turn and is complicated as well. Midfield was too narrow and too close to the 3 attackers. So if one of six most forward players receives the ball and they are almost all on one line, you have no other option then to pass back or to try and keep the ball and turn forward. This last option is difficult in small spaces and it slows down the game. If the midfield is in width close to each other it is very easy to defend. There was no dynamics in the team, hardly any exchanging of positions. The defenders tried to pass the ball to striker Dolberg. But he is not physical strong enough to hold the ball or turn to the goal when he is marked all the time (his quality is when he is facing forward). So If he comes towards the ball, then the space he creates should be penetrated by one of the midfielders. This did not happen at all.   These four issues combined with the very compact way of defending with 4 midfielders en 4 defenders of MU in two rows close to each other, made it almost impossible to create chances. Passing in and receiving it back to where it started… that is how Ajax had the majority of ball possession.   What Ajax should have done to create something: Midfield playing wider Midfield further from their own strikers/attackers and closer to defenders. Better balance in spaces on the field. If a striker comes to the ball when passed by his defender he has still space to play it to a midfielder that is faced forward The centre midfielder less forward then the other 2 midfielders With these 3 things you create many more possibilities in patterns, more players will be facing forward when receiving the ball from the second pass and the spaces are larger to defend for MU. If you combine it with one or two-touch football, fast and hard passing, exchanging of positions, and especially good timing… THEN you can create chances. And normally this is what Ajax is good at.   In figure 2 are shown 2 possible patterns in black and green when the balance would have been restored.   From this very young team only Traoré (right wing player of Ajax) showed understanding that something had to change and took initiative. And he started to leave his position to find spaces (and he found sometimes). His position should have been taken by another one to maintain the balance in spaces correct.   I think trainer-coach Bosz could have restored the balance on the pitch as well as demanding for a more dynamic play. Maybe he tried.”